Soc Trang known as the capital of the pagodas. In addition to a space for cultural and religious activities of Khmer people, the pagodas are also an indispensable destination for visitors in the journey to explore the southwestern region.

Regarding the name Som Rong, the reason for this is that in the past, there were many wild trees named Som Rong growing around the pagoda, since then the pagoda has named this tree for hundreds of years. Currently, the pagoda only has 2 Som Rong trees that are developing very well.

When entering the pagoda, in front of the temple is a temple gate decorated with patterns with many Khmer cultural symbols such as Naga snake god, Krud bird god, traditional pattern, etc. covered with gold. Above the gate, there are 05 towers, a symbol of Mount Meru (ie Mount Tu-di), where five future Buddhas will become enlightened according to Buddhist conception and is also where the five deities usually dwell according to Brahminism doctrine.

From the main gate of the pagoda, walk about 100m to the temple yard. But a surprising thing is that on the way to the pagoda, there are many ancient trees that are several tens to hundreds of years old.

Som Rong Pagoda is also built in the same architectural style as other Khmer Southern temples with an area of 5 hectares including: main hall, sala, house for monks.

The main hall is the main place of worship for Buddha in the architectural works of the temple. The entire main hall is supported by 06 pillars, with the roof floor is quite a special structure consisting of 03 roof systems overlapping with a certain distance. At each base of the roof floor is decorated with a dragon image of Khmer people. The roof adjacent to the column is decorated with the image of the goddess Keynor and the Krud bird god, contributing to the certainty and robustness of the pillars that support the massive roof, while contributing to increase the beauty and majesty for the construction. 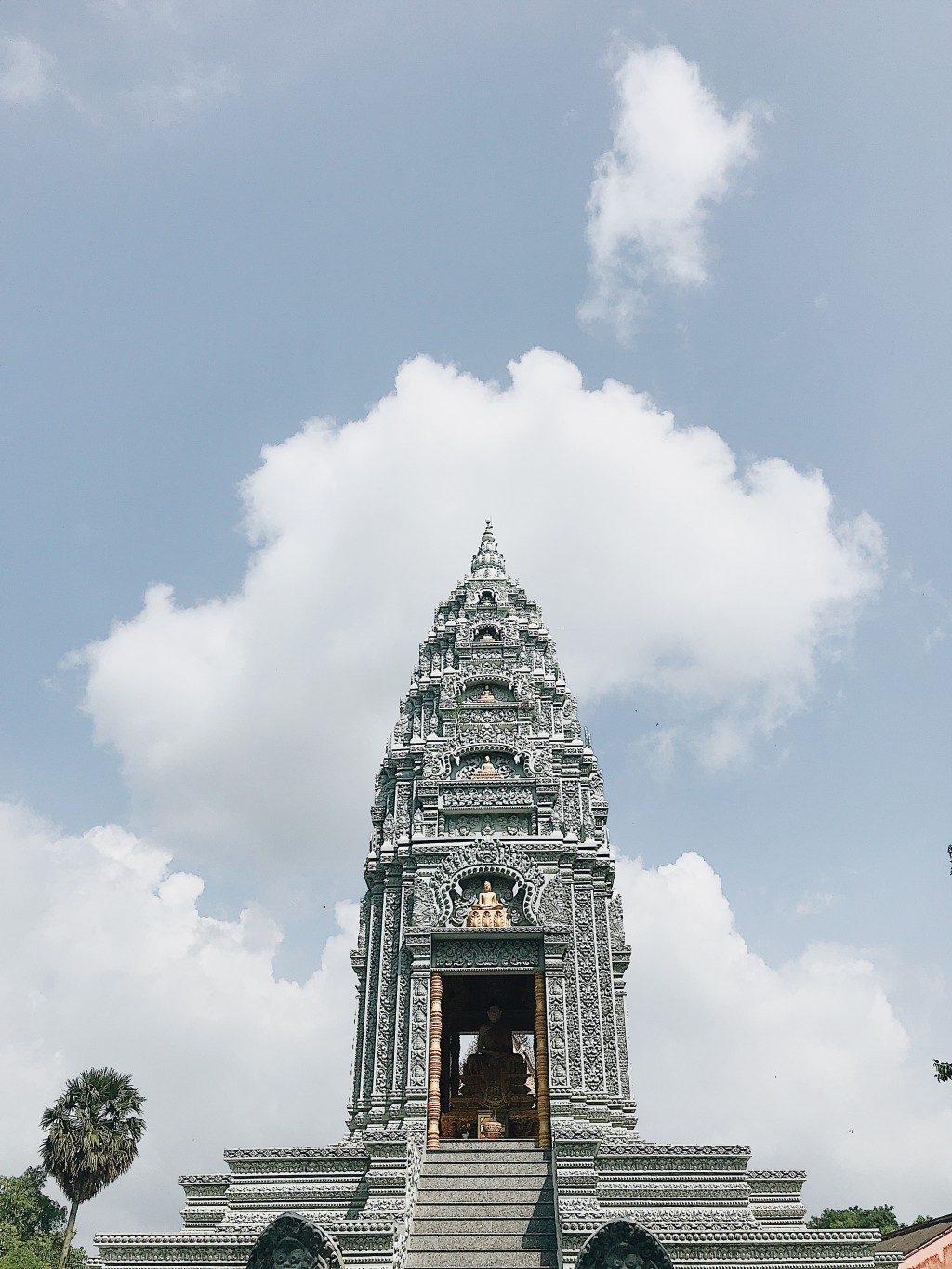 The altar in the main shrine houses many statues of Shakyamuni Buddha . In which, two ancient Shakyamuni Buddha statues were made of trees in the exact year 1785 of the establishment of the pagoda. These two Buddha statues in a standing position, with arms reaching straight forward, palms with red pointing forward, are meant to remind people not to do evil deeds, to be blessed and virtuous by doing good things.

The unique feature of the tower is the paint color, instead of the traditional yellow, the tower is painted in gray, exuding both modernity and majesty, as ancient as monolithic structures.

Wat Pătum Wongsa Som Rong Pagoda becomes more poetic in the afternoon, at this time, visitors from all directions not only pray for the pagoda and pray for peace, but also can keep impressive and unique memories of this place.